How to Help With Plastic Pollution in South Devon 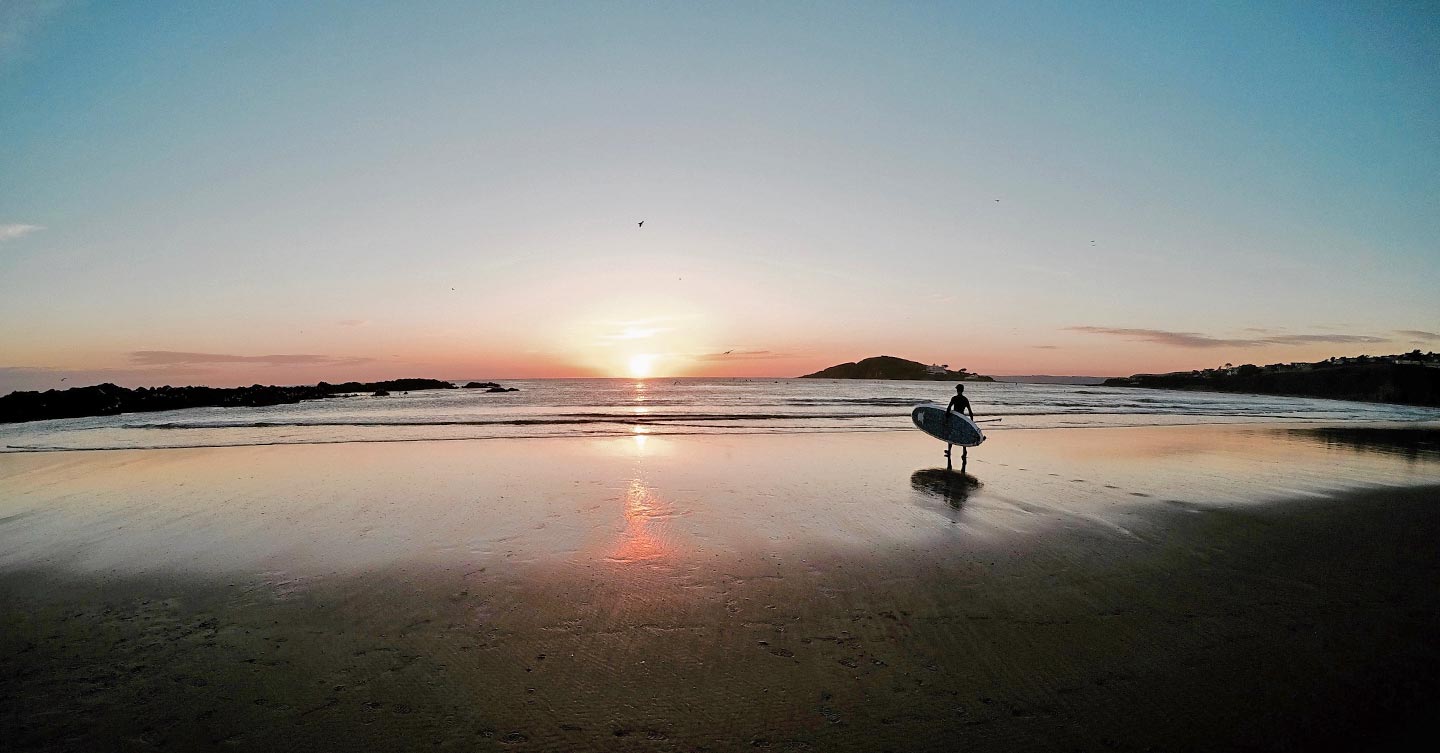 As the owner of an adventure company, my life is split between the office and being out in the field, or sea, as is normally the case. I’m privileged enough to live in a beautiful area, working a dream job of adventure sports during the summer months in Salcombe, South Devon. The town’s population swells during the busy summer, second homeowners coming down, holidaymakers and schools off. This year, (2017) was Adventure Souths first full season of operation, as we are a multi-activity adventure company our days can be varied, which keeps life interesting. I’m lucky to work in an area of such outstanding beauty, from Gara Rock in East Portlemouth to Burgh Island in Bantham.

It’s part of our company’s ethos to help preserve, and keep oceans as clean as possible. We are donating members of the charity Surfers Against Sewage, who campaign tirelessly to protect the ocean environment from pollution. This summer alone has brought me closer to some of the real issues facing our area, and indeed the planet. The plastic menace is never too far away, a constant distraction from the beauty that surrounds us. I’ve spent my entire summer in the water, and know the levels of plastic pollution out there, and it’s frightening. If you’ve made it on the water this year, maybe you’ve noticed, or perhaps you haven’t. But it’s easy to spot once to start looking for it. I’ve found 25L plastic drums of oil floating in the sea, in Salcombe Harbour. Plastic crates, countless bottles, coke, milk, water, bleach, you name it. Fishing nets, tires, plastic bags, tin cans, WD40 cans. And so on, and so on. Then there’s what’s landed on the beaches itself. 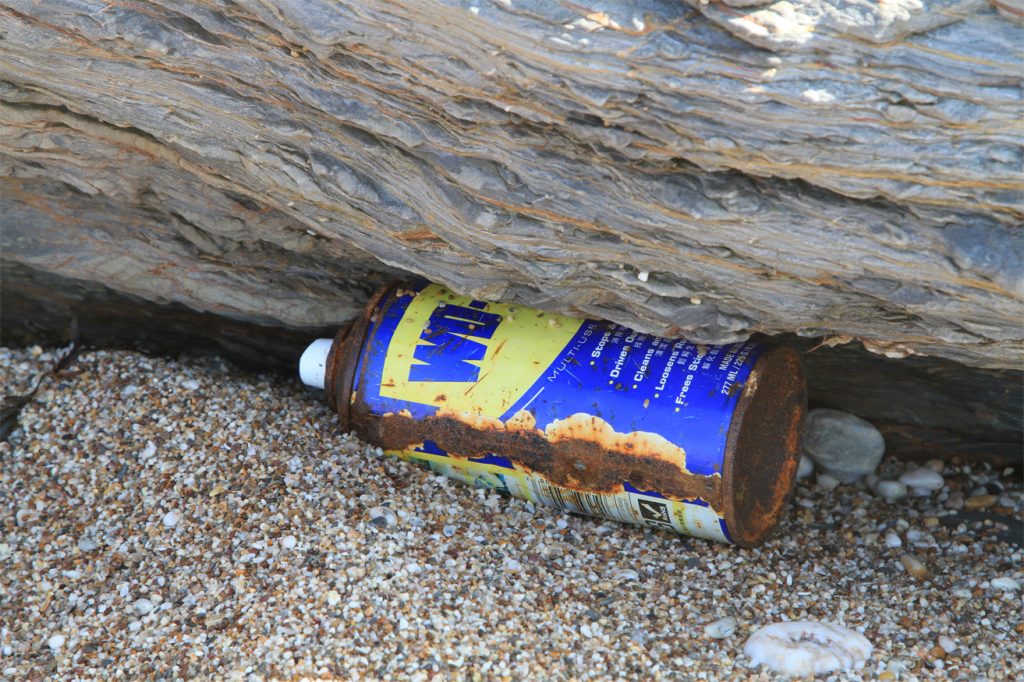 A can of WD-40 washed up on the beach. Not exactly suncream! 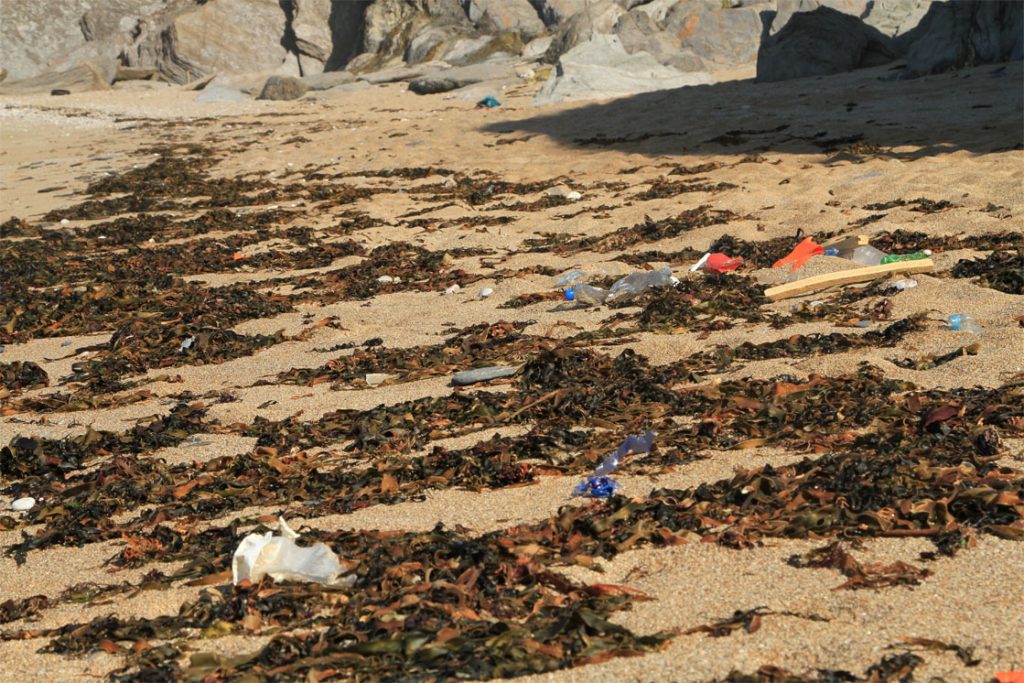 I’m not sure whether it was a company, an article I read, or maybe something I contrived, I’m pretty sure I heard it somewhere though. A nice plan of action everyone can do to help improve the quality of our beaches and oceans, a nice phrase to remember, ‘pick three up,’ simple, but if practiced, highly effective. Every time you or your family visit a beach or any beauty spot, pick up three pieces of rubbish.

Plastic pollution is something that isn’t going away, it’s everyone’s problem, something I have only just begun to fully comprehending, the overwhelming impact of this crisis is on my doorstep, it’s floating around me when I swim, and where I take my clients. Our small seaside towns and villages, slowly being costumed by our historical actions and excessive consumption of consumable products, that can only be used once. 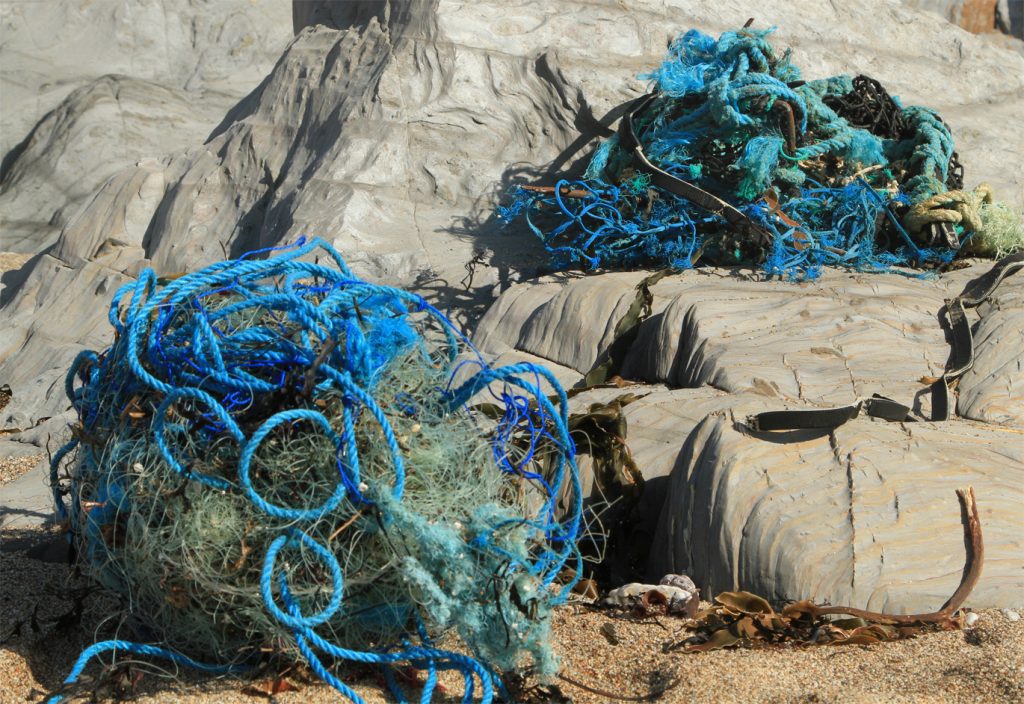 Fishing nets washed up on a beach in South Devon. 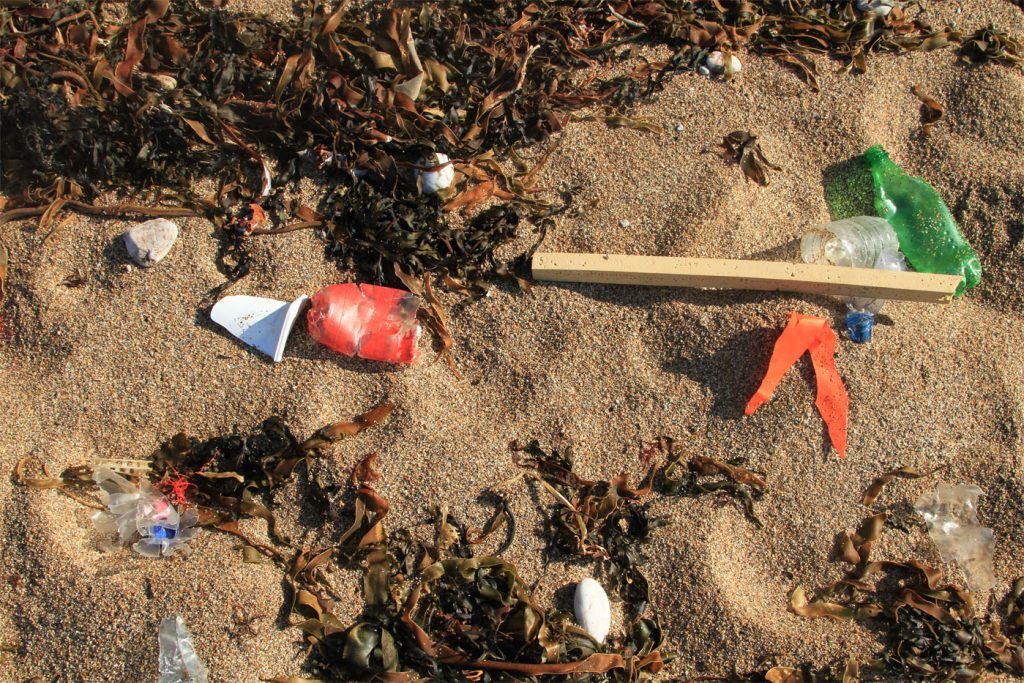 Waste plastic on the beach in South Devon.

Throughout the summer, I made it my goal to pick three plastic items up, and dispose of them properly, as often as possible. During a three to four-month period, I’ve cleared hundreds of items from beaches, rocky areas and the ocean itself, without any real effort. This has also impacted the way I shop, making extra effort to reuse plastic bags and not buying new ones. Starting to use bamboo toothbrushes, only buying bananas that do not come wrapped in clear plastic packaging, and using a water bottle and not buying plastic ones. I believe these are small changes that are easy for anyone to implement into their lifestyle, without any real considerable effort. 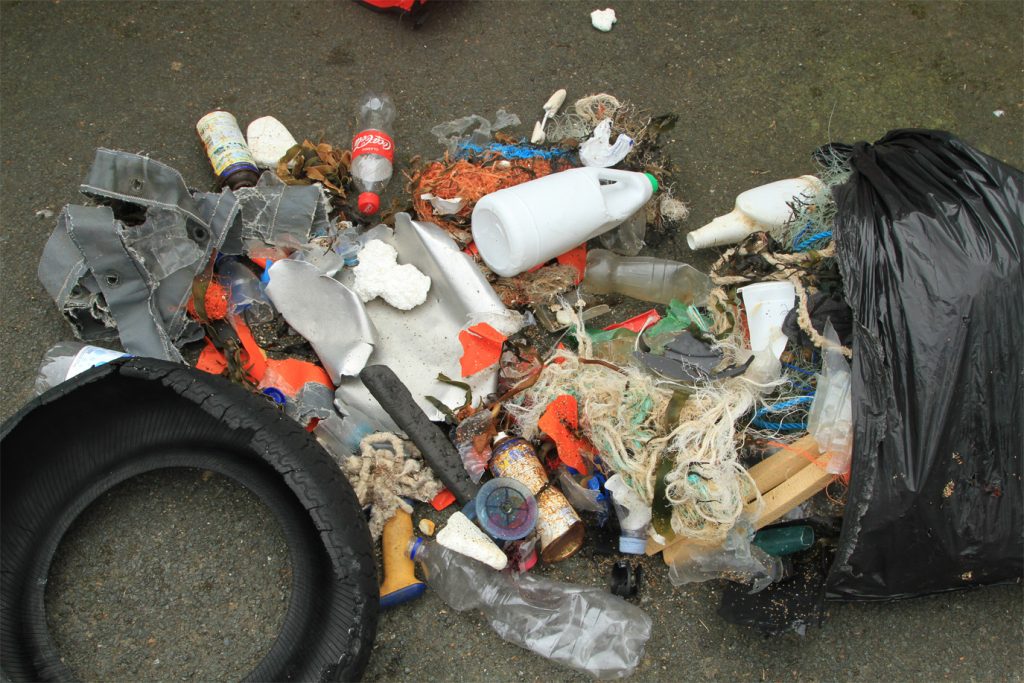 Rubbish found during the summer.

The most important thing is that everyone tries, a little effort can go a long way.

Next year, Adventure South have set themselves the goal of clearing 50kg of plastic from beaches. A target, sadly too easy to complete.

Back to all blogs