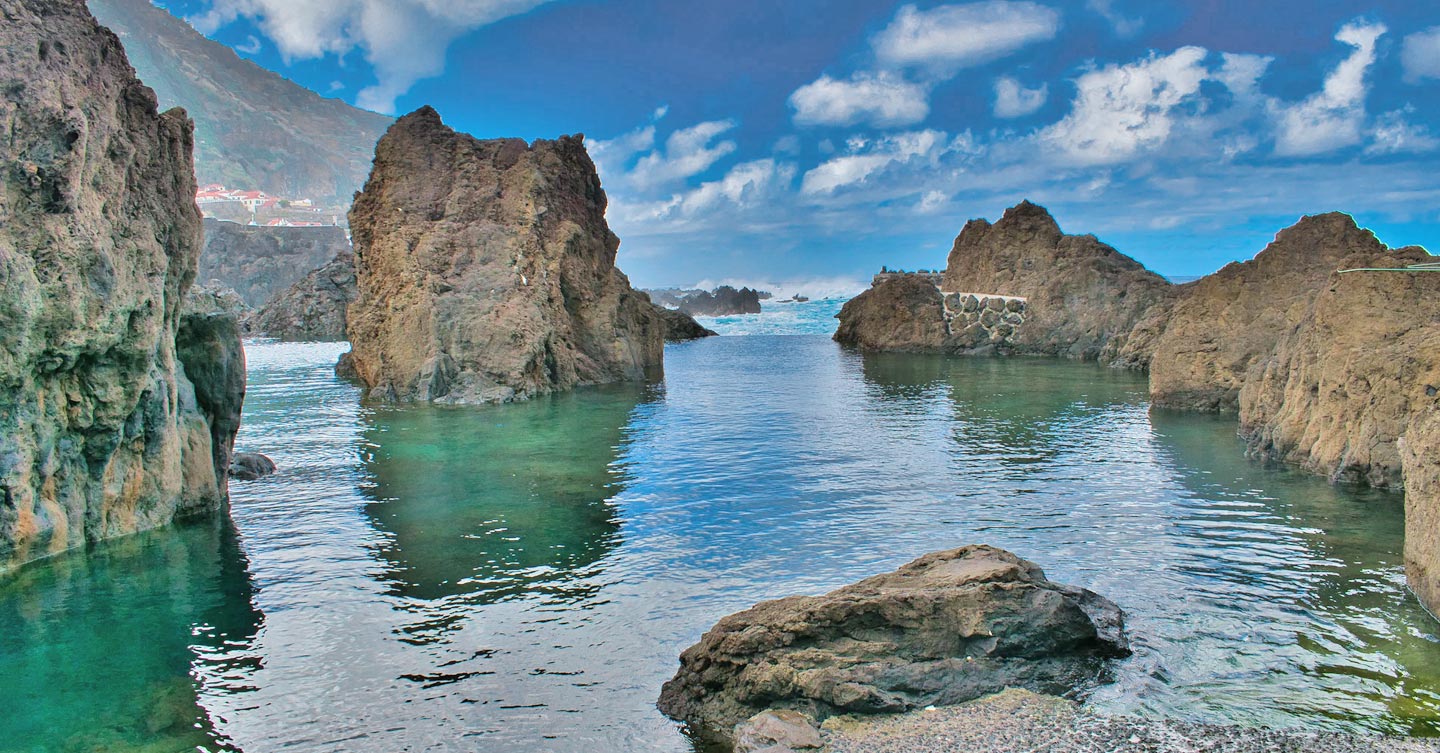 At the start of January this year, I had the privilege of working alongside some up and coming, and well-established canyoning companies, as their chosen photographer and videographer. As well as running Adventure South I also work as a canyon photographer, a job that has given me the privilege of working in some amazing places like Scotland and New Zealand. The Canyoning Company based in Scotland asked me to accompany them on a 5-day canyon expedition. Madeira, the chosen destination, is unique, offering great canyoning all year round, something seldom found in the canyoning world. 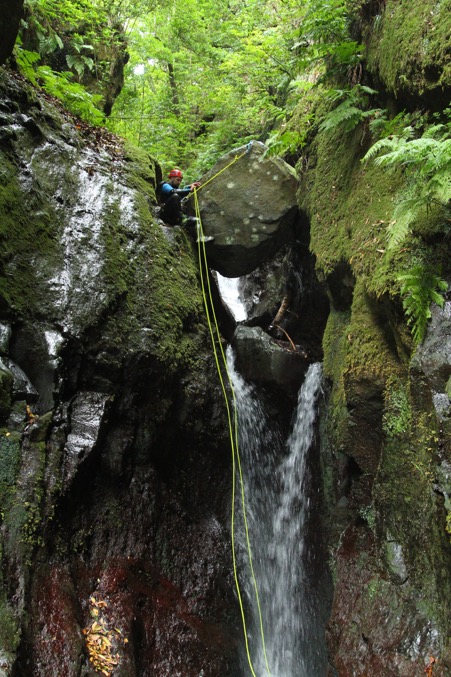 As the plane banks sharply right and I can make out the runway, A mass of black space is the only thing separating the yellow and orange lights from the houses below. The plane lands and an explodes in clapping starts, a nod to the pilot’s skill in handling the plane in particularly turbulent conditions.

Madeira has never really been on my radar before I was invaded to Photograph and document their trip. Ben and George, owners of The Canyoning Company selected Madeira as a potential international canyoning trip. We met up with industry leader and CEO of Icopro Rodolph Strum and the owners of Epic Madeira Joan and Fransico.

Firstly, Madeira is canyoning heaven, with over 110 known and bolted canyons, Madeira is well known for its high verticals, with some waterfalls reaching well over 200 meters. We had the pleasure of canyoning 3 times over 4 days. With each day bigger and better than the last. For me, the first day sticks in my mind as the most memorable. At the end of the 45-minute hike in we had elevated 500 plus meters. As we made our way around the winding mountain path, I could hear that old familiar sound in the distance of water cascading, I knew we were close to the start. Our first pitch was a 90meter ab with spectacular views straight down into the canyon. I composed myself, as this was my first time canyoning in 6 months, luckily it all came back to me pretty quickly. I steadied my camera and started to shoot. My feet wide apart on the slippery rock, contorting myself so that I could face downward toward George and Ben abseiling below. If you spend enough time working as a canyon photography or with ropes and cameras for that matter, you really do become a master of one-headed photography. Fellow canyon photographers should know what I mean.

I found the light and the geology of the mountains hard to work with at first, poor light meant my ISO was pumped right up meaning my shutter was slower than I wanted. This resulted in the first couple of frames being a touch blurred. As we moved deeper into the canyon my luck didn’t improve, the walls of the canyon became higher, light from an already overcast sky was fading. I was hoping to shoot some nice crisp images of the water cascading over some falls. The canyoning was covered in greenery and foliage, most rock was extremely slippery and required a lot of attention to remain balanced.

Walking out of a canyon is one of the best feelings and, to be fair, is a lot of the reason I do canyoning. It’s the only sport that involves swimming, abseiling, high verticals, big jumps and exploration, and is very much an endurance sport. Photography in a canyon environment utilises some very unique skills. A lot of the time I have to move ahead of the group, usually to the next abseil, find a good stop to shoot from and keep myself safe. If it all goes well, I’d have some nice shots on that particular abseil.

For anyone looking to get into canyoning for the first time, Madeira is perfect. If, however you are a seasoned canyoner you won’t be disappointed. The scenery is spectacular and lends itself to something out of Jurassic Park (minus the dinosaurs, sadly) Madeira truly is an adventurous playground, and I can’t wait to go back.

Back to all blogs